Internationally trained and Churchill Fellowship awarded Brisbane piano tuner Brian Wilson is one of Australia’s most qualified and experienced piano technicians. Brian is one of only a handful piano tuners to be Concert Academy trained at the Steinway & Sons Academy in Hamburg and New York. He has also trained with the masters at the Kawai grand piano factory in Japan, Yamaha in Melbourne, Schimmel grand piano factory in Germany.

Brian has prepared grand pianos and concert pianos for international concert performances and recording studios, as well as cared for the pianos of hundreds of local schools, music teachers, places of worship and residential homes. 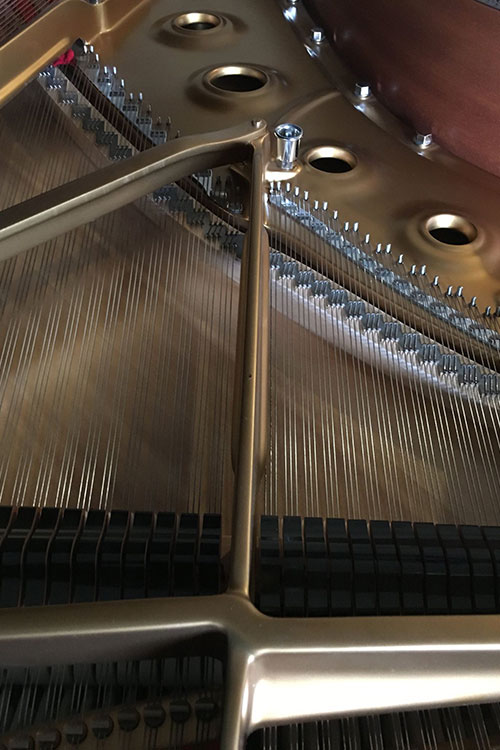 Brian is in demand as one of Brisbane’s top piano tuners for concerts, performances and  events.

Do any of these names sound familiar? Brian has tuned their pianos.

Find out more about Brian

We tune your upright piano for the perfect balance of volume, tonality and action for all musicians who play the piano.

Pianos tuned to perfect concert pitch for the correct aural development of your students. After hours and school holiday appointments available.

For exceptional piano preparation and tuning leaving nothing to chance for your concert, event or recording.

Expert guidance and input to ensure the piano you choose will deliver what the musician wants and needs.

Whether you are preparing your concert piano for performance, or simply play for the love of music – each piano tuned by Brian Wilson is treated with the same level of care, attention to detail and focus on optimal tone and responsiveness.

What People are Saying

“Brian’s skills as a piano technician are absolutely second to none. His knowledge and attention to detail during tuning, voicing and maintenance of instruments ensures that any instrument sounds better than ever.”

Brian listens to and works closely with the owner or pianist, and therefore is able to produce stunning results every time. I cannot recommend Brian Wilson highly enough, and look forward to engaging his services for years to come.”